Welcome to a new season and new era of Power Rangers. Seasons 26 and 27 will be the first time Hasbro will be producing Power Rangers. We've seen Saban's era, Disney's era, and we saw Saban try again in the Neo-Saban era. Now let's see what this new era can do. Let's see if this new team of Power Rangers can stop the newest computer virus villain and its machine army from doing to their world what the Venjix Virus and its machine army did to the RPM Rangers' world.

POWER RANGERS BEAST MORPHERS
In the future, a secret agency called Grid Battleforce creates a newly discovered substance called “Morph-X” (Morphing Grid energy in liquid form). The world intends to use it as a new clean energy source for the whole planet. Grid Battleforce intends to combine Morph-X with animal DNA to create new teams of Rangers to defend Earth. The fear of evil using this technology is realized when an evil sentient computer virus called Evox, emerges with plans of taking over the source of all Ranger power, the Morphin Grid itself. To combat the virus and it's digital warriors, Grid Battleforce activates a new and highly advanced team of Rangers to defend the universe and the Morphing Grid from evil the likes of which the universe has never seen before. Three teenagers undergo a morphinominal mutation into the Power Rangers Beast Morphers.

15 Sound and the Fury
https://kimcartoon.to/Cartoon/Power-Rangers-Beast-Morphers/Episode-14 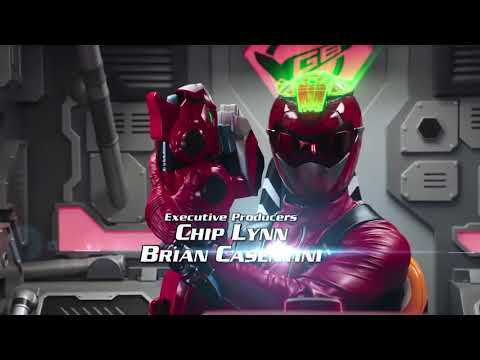