PRThunder
October 2017 edited October 2017 in General Discussion
Did you Power Ranger fans know that before the 11th season of Power Rangers became Power Rangers Ninja Storm, the original was far different from that. Amit Bhaumik, the television writer best known for his work on Power Rangers Wild Force, planned to adapt Ninja Storm's Japanese source to create a season that connected everything from past seasons as well as tie up loose ends and resolve anything that wasn't resolved before. This season would've been known as "Power Rangers Hexagon". 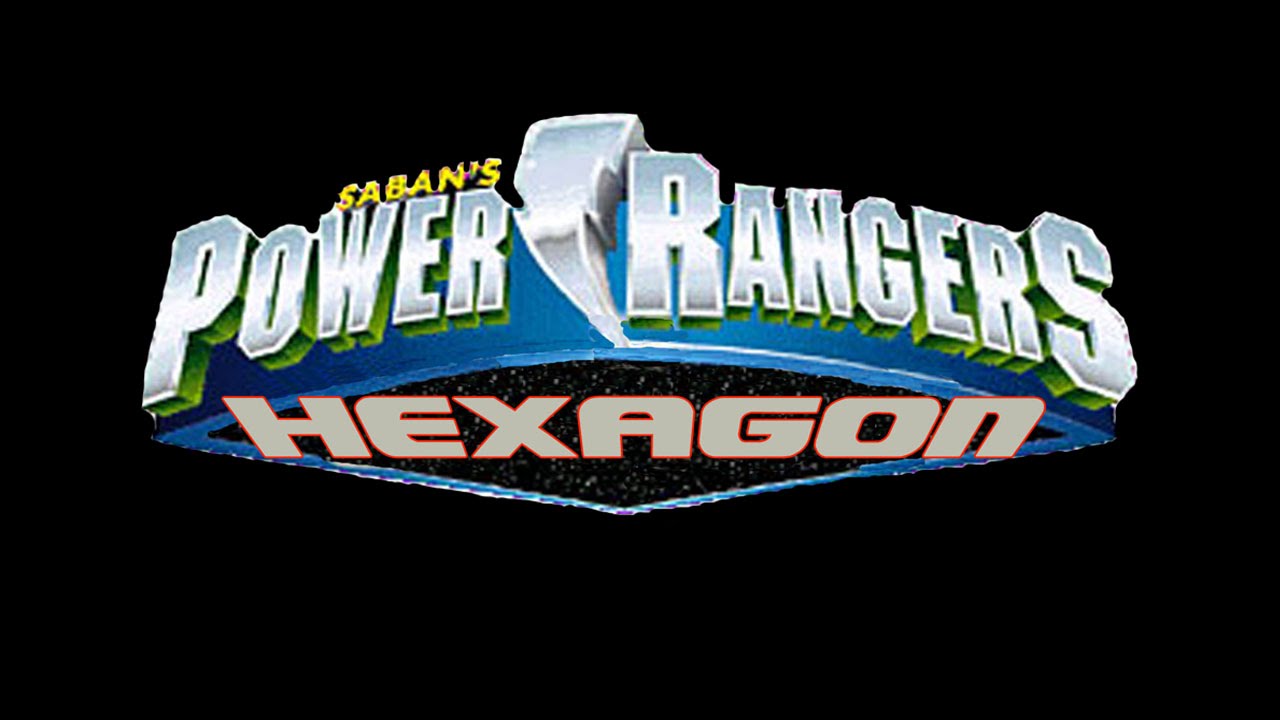 - These Rangers would be a team of 3 (Red, Yellow, and Blue). They are young recruits to the Hexagon and the organization's active duty superheroes. Their ninja-based powers would "likely" be derived from Ninjor. These Rangers would be sent by their mentor, Tommy Oliver, on missions to wherever on Earth or in the universe they're needed in response to attacks by the villains. They'd travel in Hexagon's special stealth chopper.
- The Red Ranger would turn out to have been the main villain's son who was raised by the good guys and is destined to become evil due to his origins. 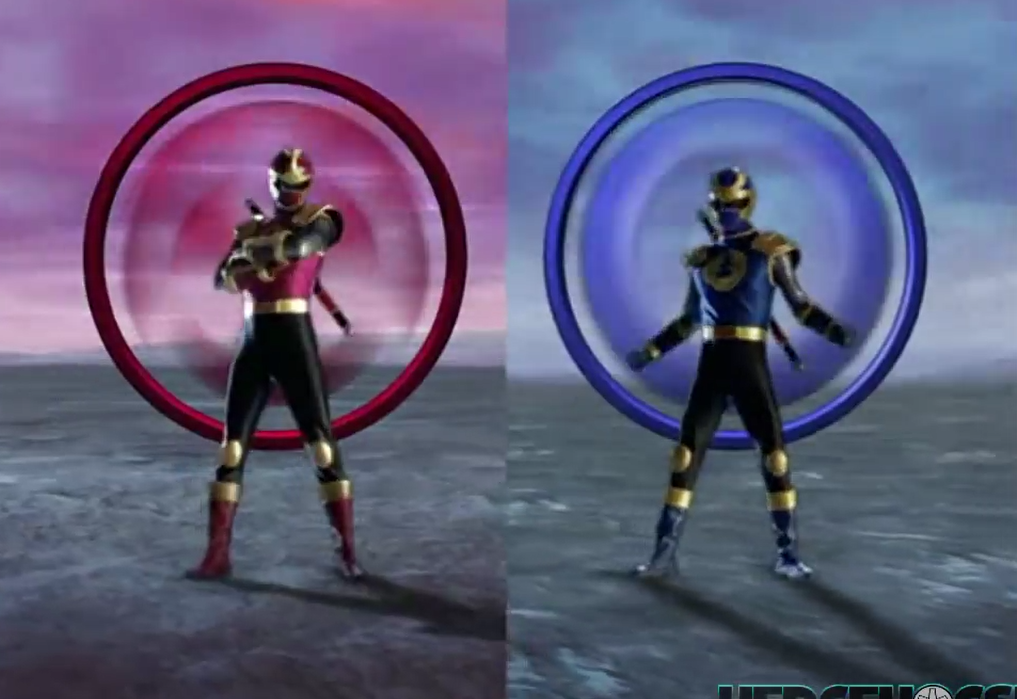 - These Rangers would be a team of 2 or 3 (Dark Red, Dark Blue {and Dark Yellow, depending}). They would operate outside of Hexagon's network of superhero teams. They would be less in the traditional goody two-shoes mold of Rangers and have more of a rebellious, anti-authoritarian attitude to them. They would reject the Hexagon mentality of all superheroes operating under the leadership of one man and instead advocate Rangers should be independent and operate on their own, with Jason appearing as "almost a mirror opposite of a Tommy-style mentor for them"
- "As all Power Rangers seasons tried to have at least two female Rangers per season, Amit would have lobbied to add a second girl. He said on his Tumblr that he would have pushed "for the creation of a US-exclusive third Beetle Ranger – probably a Dark Yellow color – female Ranger". The Rangercast podcast have reported that in Amit's original notes, it was Navy Thunder who would have been the girl."

- See "Tommy Oliver"
- "Rangercast claimed that in the original notes, the Green Ranger would have been a different character called Derek (continuing the Eric, Merrick sounds for sixth Rangers). He'd be working as a deep-cover agent, altering the costume - with/without vest and the different helmet - depending on which Ranger faction he was with."

Thomas "Tommy" Oliver
- The leader of the Hexagon organization and the Hexagon Rangers' mentor. He is a veteran Power Ranger, having served as Mighty Morphin Green, Mighty Morphin White, Zeo Red, and Turbo Red. His network of Ranger connections made him essentially the new Zordon and most Ranger teams could be called upon by him. His organization's conflict with the Beetle Power Rangers puts him at conflict with their leader, his old friend and former Ranger teammate Jason Lee Scott
- Tommy had been keeping in touch with various Rangers in the years since the episode Passing The Torch, Part 2.
-This older Tommy Oliver would be "No longer the ponytailed, wifebeater-wearing teenager of MMPR days, Tommy would now look more like a federal agent in a suit.
- Tommy would later become the Green Ranger in the series.As the Green Ranger this season, Tommy would occasionally help the Rangers in their battles. Paying homage to the Green Ranger mini-series, Tommy and Jason would even battle each other once again.
-For plot purposes, Tommy's Green Ranger would be called the most powerful Ranger ever created because he would in the end be the final challenge the Rangers would have to unite against to fight.Tommy would even become the main antagonist by the end of the season as the base Rangers eventually rebel against the Hexagon after realizing it had grown out of control. In the end, the heroes would fight and eventually force Tommy to see the errors of the Hexagon’s concentration of power open to being abused by people, prompting him to ultimately disband the Hexagon, scattering the heroes once and for all to their own corners of the Power Rangers universe.

Joel Rawlings
- The pilot for Hexagon's special stealth chopper who takes the Hexagon Rangers where they need to go. He was Green Lightspeed Rescue Ranger. Now married to Angela Fairweather.

Ninjor
- He is a ninja master who restored the Mighty Morphin Power Rangers' powers as well as aided them in battle against the forces of Rita & Zedd and Master Vile. He was also the creator of the original Power Coins, the new Power Coins, the Battle Borgs, and presumably the Shogunzords and the Aquitian Power Coins. He provides his ninja powers to Hexagon's three young recruits to turn them into Power Rangers Hexagon.
- He is "one of many returning characters who would contribute to the season’s story".

Jason Lee Scott
- The mentor of the Beetle Rangers. He is a veteran Power Ranger, having served as Mighty Morphin Red and Zeo Gold. His team's conflict with Hexagon puts him at conflict with their leader, his old friend and former Ranger teammate Tommy Oliver.
- Jason was to have been more of a casual, been around the block, big brother type of figure for the Beetle Rangers rather than a commander like the Hexagon Rangers had.
- Paying homage to the Green Ranger mini-series, Tommy and Jason would even battle each other once again after Tommy becomes a Green Ranger again.

- There's be many villains, both old and new. Though there is a main villain, the villains for the season would be various and not unified.
- Some returning villains include Prince Gasket & Archerina, Scorpina, and Lokar (they were among the unresolved villains from previous seasons that Amit hoped to provide some resolution to during the season).
- One of the villains (the Mara character from Ninja Storm) would have been the Red Ranger's "betrothed".
- The villains were to be used in the show as representing different villain factions and the monsters-of-the-day that the Power Rangers would fight each episode wouldn’t always be from the same group. For example, the robotic monsters-of-the-day might be Machine Empire minions of Prince Gasket, while a more organic monster might be a minion of Scorpina – who would have become a much more fleshed out character than before – or one of the new Hurricaneger villain factions.

Hexagon
- Hexagon is the Hexagon Rangers' base of operations. It's a Power Rangers umbrella organization that was founded to unite all Power Rangers as a single strike force. It also employs regular civilians. It is named "Hexagon" because it’s one step above the Pentagon. It allows the Power Rangers to be supported by a ground crew and a command structure that went far beyond just the Rangers themselves.
- The name Hexagon came from the idea that the base of operations for the season's Power Rangers would be a giant building like the Pentagon, except with six sides to symbolize the number of Power Rangers on most teams. It was conceived as a much larger version of Zordon's Command Center except with its location and purpose known to the public. An impregnable fortress staffed by hundreds, if not thousands, and far too well-defended for any of the villains of the Power Rangers universe to try attacking.

Beetle Rangers' base
-no details revealed

Here's the best way I can think of to summarize
POWER RANGERS HEXAGON
For 10 years, a number of villain factions came one at a time to conquer Earth . Now the Earth now faces a larger threat as many villains, both new and old, are all trying to conquer Earth at the same time. This time, the Earth is prepared as a secret Power Ranger organization called Hexagon, led by former Ranger Tommy Oliver, has been preparing for a day like this to come. Three young recruits are chosen to receive Hexagon's technology and ninja powers from Ninjor, the ninja who helped the Mighty Morphin Power Rangers many years ago, and become the newest Power Rangers to defend the Earth from evil wherever it strikes. They become Power Rangers Hexagon. Unfortunately, the battle to save the world will be harder than ever as past allies become the newest Rangers' enemies. This includes a small rogue team of beetle-themed Power Rangers led by another former Ranger. The Power Rangers face a challenge like never before as they must face so many villains while dealing with the incredible tension between Ranger teams, which will force past heroes to choose sides. 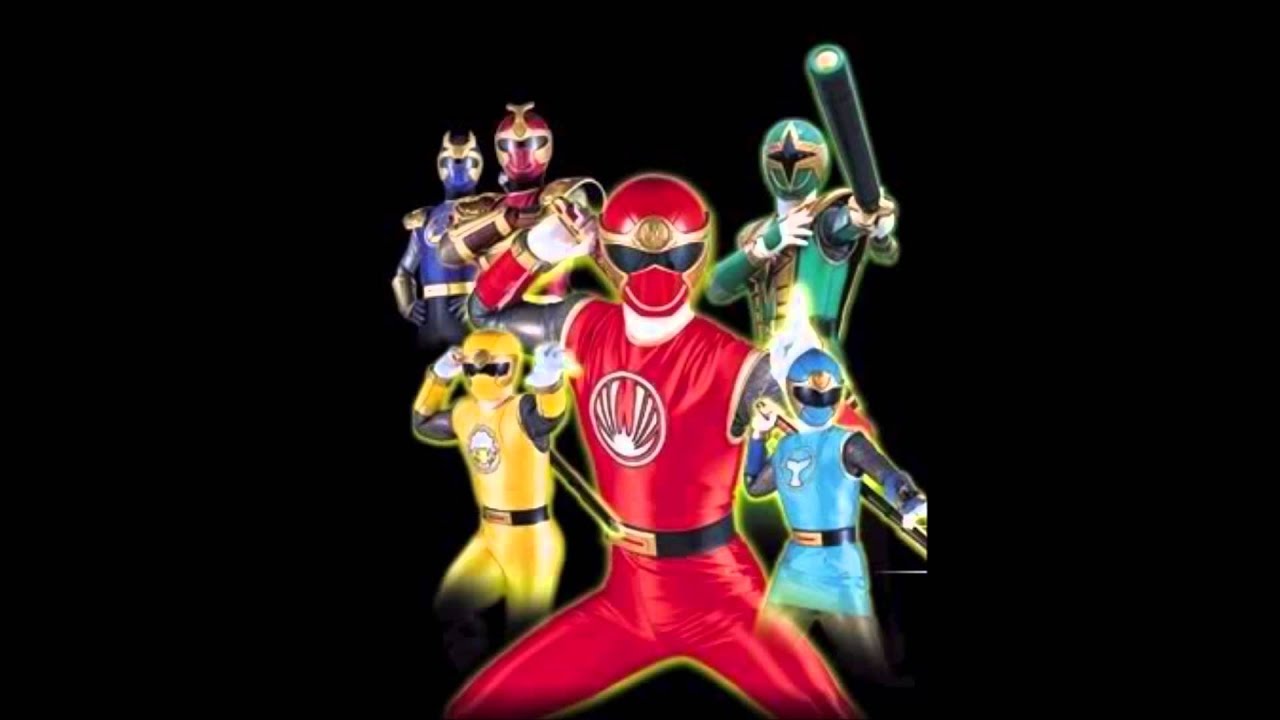