PRThunder
October 2013 edited July 7 in General Discussion
Power Rangers can always destroy any villain that threatens their world, but the villains don't ever let the battle end. They take things to the next level and make their monsters grow. Which one is your favorite "MONSTER-GROWTH" Process?

MMPR S1 "Make My Monster Grow!"
Rita Repulsa throws her staff down to Earth. When it lands, it unleashes energy which causes an earthquake to happen. The earthquakes unleash smoke that makes the monsters grow. 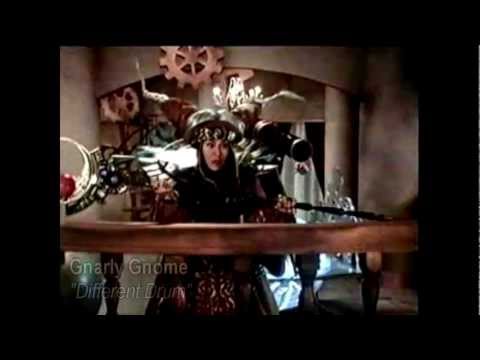 MMPR S2 "Make My Monster Grow!"
Lord Zedd throws a grenade down to Earth. When the grenade explodes, the monster caught in the explosion grows. 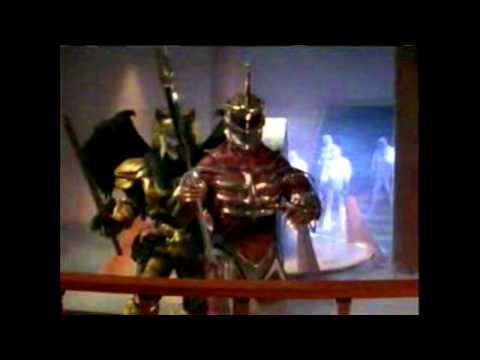 MMPR S3 and ALIEN RANGERS "Make My Monster Grow!"
Lord Zedd and Rita put their staffs together. The staffs shoot lighting down to Earth. It creates a lightning cloud. The monster hit by the lighting grows. 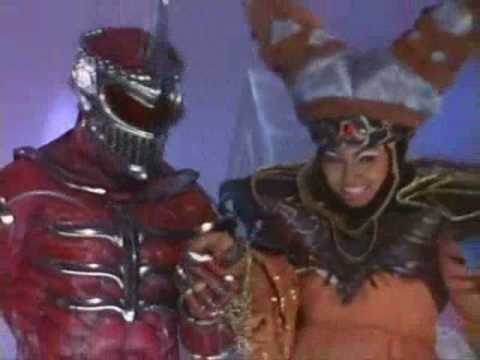 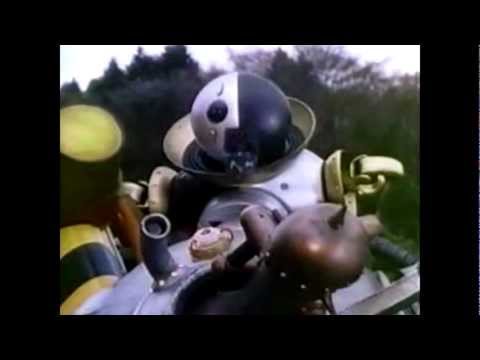 PR Turbo "Fire the Torpedoes!"
A bad guy pushes a button which launches torpedos. When the topedoes hit the target, they explode. The explosion causes the monsters to grow. 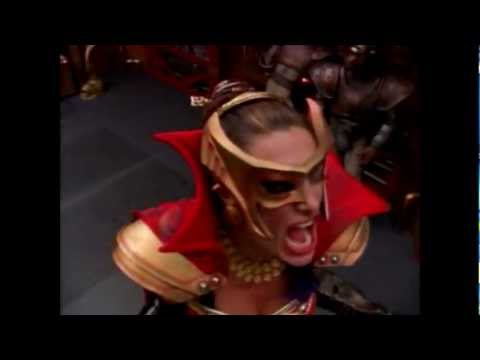 PR IN SPACE "Fire the Satellasers"
The bad guys fire a green laser at the monster. The laser causes the monster to grow. 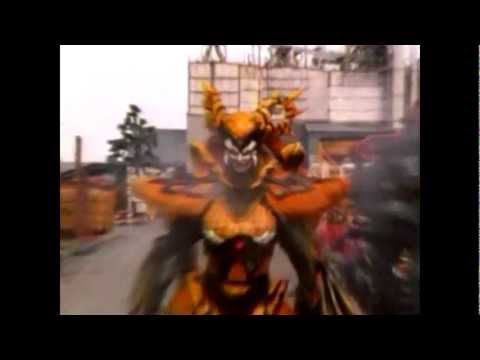 PR LOST GALAXY
The monster drinks a bottle of green formula. The formula causes the monster to grow.

PR LIGHTSPEED RESCUE "Grow With More Power Than Before"
Jinxer throws a growth card at the defeated monster/demon. He cites a spell involving rhymes. (1) The pieces turn to bats and recombine into a large monster or (2) the monster just grows if it's still alive.

PR TIME FORCE
The defeated monster/mutant peels of a sticker hiding its exposed DNA. When the DNA is exposed, it causes the monster to grow.

PR WILD FORCE "Evil Spirits of Toil and Strife, Give This Fallen Org New Life!"
(1) Toxica waves her staff while citing the spell. Her staff opens and launches a few seeds. The seeds lands on the defeated monster/Org's residue. Vines grow up and when it's complete, it turns into a giant monster/Org. (2) A monster/Org eats the seeds and grows.

PR NINJA STORM "Scroll of Empowerment Descend!"
A bad guy pushes a few buttons on the P.A.M (Personal Alien Manager). It tells the ship to launch a Scroll of Empowerment. Once on Earth, the Scroll un-rolls. The symbols on the scroll energize, zap the monster, puts the monster's pieces back together as a giant.

PR DINO THUNDER "Hydro-Regenerator, Activate"
A bad guys push a lever on the controls. A small orb is launched into the air. It explodes and creates a dark raincloud. The rain from the cloud turns the monster's remnants into purple liquid. The liquid expands and creates a giant monster.

PR S.P.D (SPACE PATROL DELTA)
(1) No growth process. The monster/alien jumps into a huge robot. (2) Broodwing's mutant bat bites a monster/alien and the bite causes them to grow.

PR MEGAFORCE/SUPER MEGAFORCE "Zombats!"/"Zombolts!" and "Maximizer"
(1) Vrak snaps his fingers while calling for his highly-advanced, robotic bats called Zombats. He sends them down to Earth. The Zombats attach to the defeated monster. The Zombats turn into an energy seal which spins. As it spins, the monster grows. 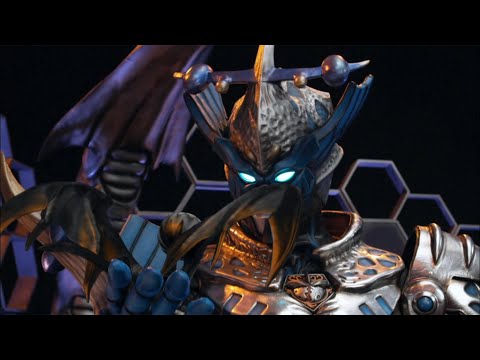 (2) Levira activates the Maximizer, then fires a purple beam which causes the monster(s) hit by it to grow. 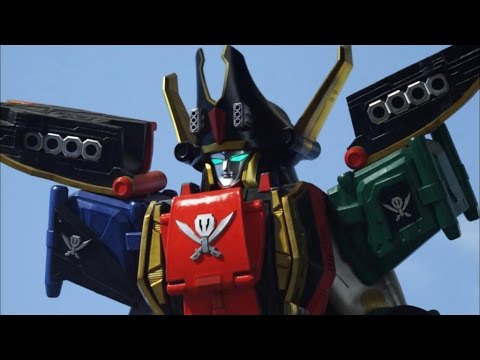 PR DINO CHARGE/DINO SUPERCHARGE "Magnabeam"
Someone pushes a large red button across from Sledge's chair. A big, blue beam fires down to Earth and it causes the monster(s) hit by it to grow. (When the ship is on the ground, a lazer gun appears on the roof of the ship, it fires the Magna Beam to bounce off a satellite and come back down to hit the monster and make it grow. 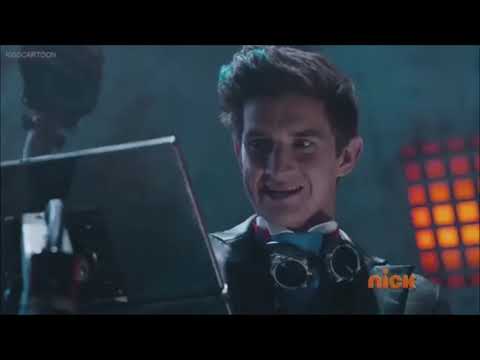 PR NINJA STEEL/SUPER NINJA STEEL "Gigantify!"
A blue button on a control in the Warrior Dome is pushed. It fires a purple beam down to Earth and it causes the monster(s) hit by it to grow. 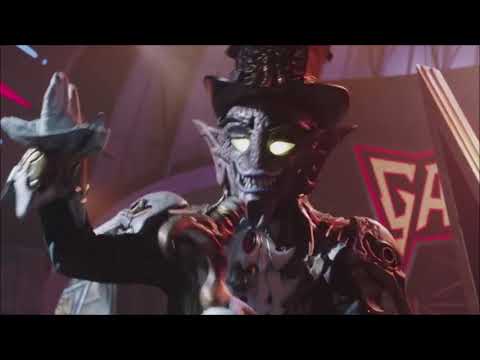 PR BEAST MORPHERS "Send in a Gigadrone"
No growth process. Scrozzle deploys giant robots called "Gigadrones" that he can morph to take on the form and abilities of Robotrons (monsters) that were created.

Here's a video with many of the "Monster Growth Processes" from MMPR to PRS/PRSS.

Here's a video with the "Monster Growth Processes" from MMPR to PRM/PRSM. 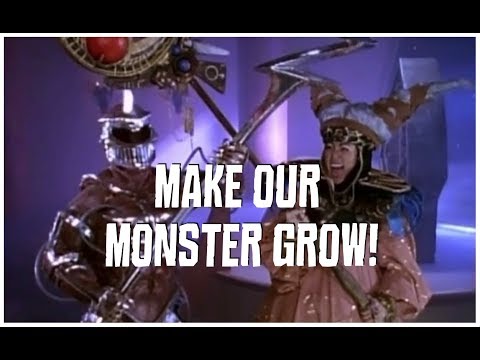 Here's a video with the "Monster Growth Processes" from MMPR to PRDC. 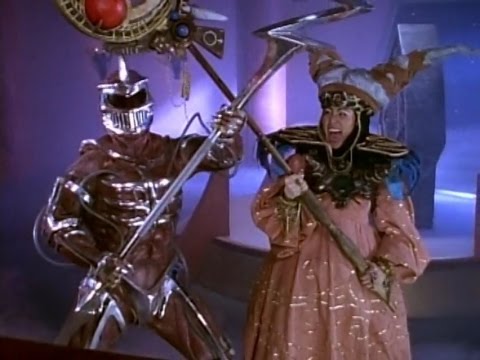